Question:
CNC Holding BV is one of Europe’s largest suppliers of compost and casing soil for mushroom growing. The compost is produced from waste: horse manure, chicken slurry and gypsum. To be able to continuously improve the mushroom compost CNC would like to get a better understanding of the chemical processes that take place during production.

"Mushroom substrate production is a lot more complicated than it seems." - Gijs & Jimmy, students working on this project

Approach:
During phase 1, the pre-treatment phase, lignin from the straw fibers is partly degraded resulting in better accessibility of the (hemi)cellulose fibers for the cellulase enzymes from fungi and mycelium. Pretreatment efficiency during phase 1 can be studied by determination of the amount of hydrolysed (hemi)cellulose by cellulase enzymes: better pretreatment resulting in higher amounts of glucose and xylose released by cellulase. The amounts of glucose and xylose released can be determined by HPLC-ELSD. Prior to enzymatic treatment the straw is washed to remove other components from the compost and can be milled to smaller pieces to increase reproducibility.

Result:
Pretreatment efficiency during phase 1 under different conditions can be studied using an enzymatic assay and analysis of the released amounts of glucose and xylose using HPLC-ELSD. To determine the pretreatment efficiency with a high reproducibility, the straw should be milled and particles larger then 1mm should be used in the enzymatic assay. 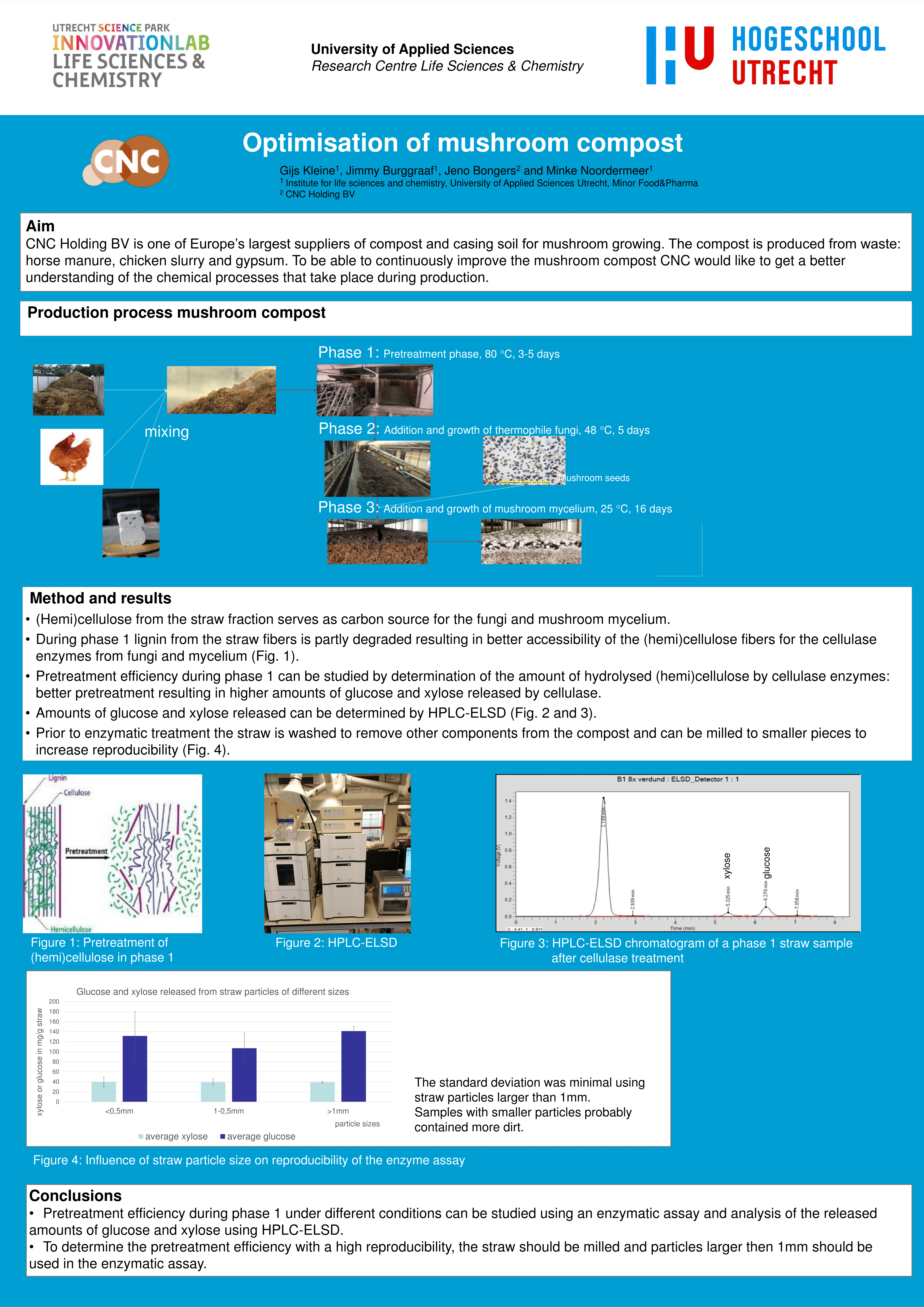